The Cavite–Laguna Expressway (CALAX or CALAEX) is a partially operational controlled-access toll expressway in the provinces of Cavite and Laguna, Philippines. The construction of the 44.63-kilometer-long (27.73 mi) expressway, which began in July 2019, costs an estimated ₱35.43 billion. It connects the Manila–Cavite Expressway in Kawit to the South Luzon Expressway in Biñan

The newly mounted Emergency Roadside Communication System (ERSC) call boxes enables communication between motorists and CALAX Traffic Operation Center. Using the call boxes, motorists can seek help with a press of a especially during emergencies. The call boxes have built-in loudspeaker, camera, and hearing aids, designed for the hearing impaired. The ERCS is part of an overall system that enables motorists to communicate with CALAX Operations using various channels. 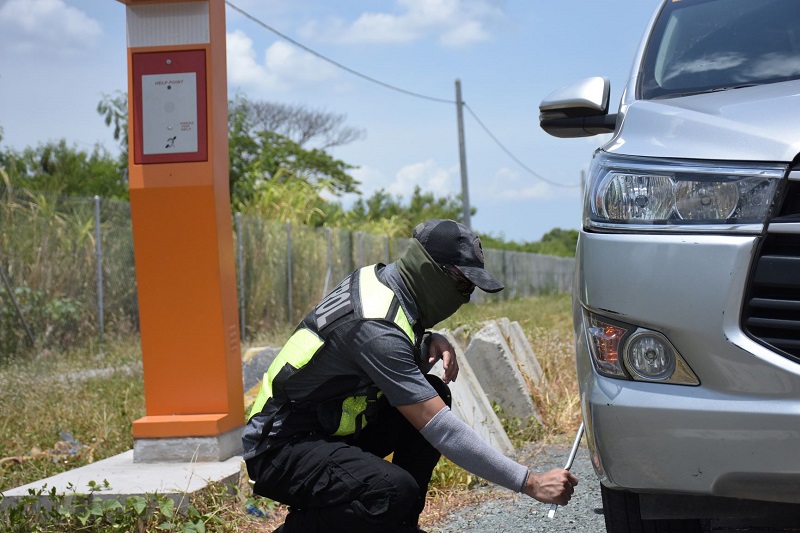 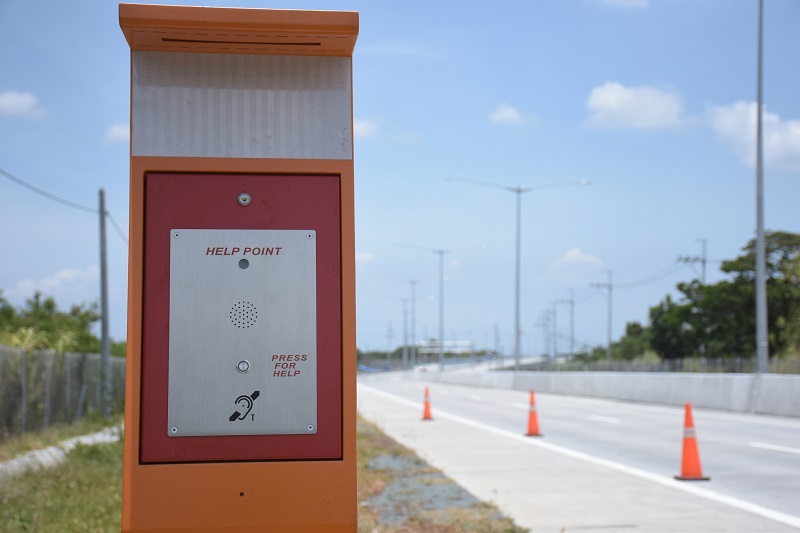